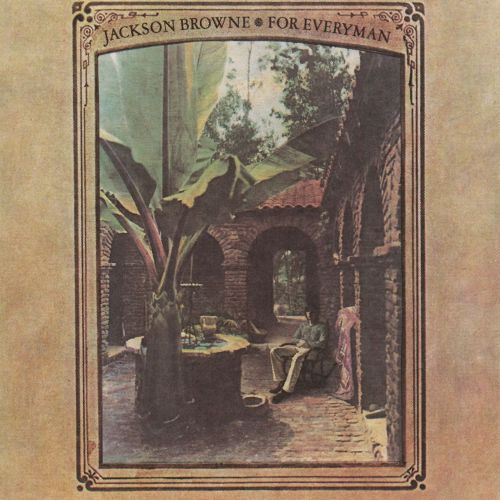 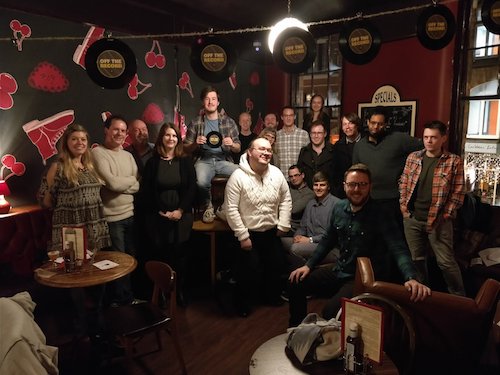 November’s Off The Record saw 18 hardy Brum music fans gather despite the freezing temperatures outside to listen to “For Everyman”, Jackson Browne’s 1973 record chosen to fit our theme of “Uncovered”.

Our host Calum Mayer chose the theme to incorporate “underappreciated original songs which have well-known cover versions” – Jackson Browne famously wrote “Take It Easy” for the Eagles and “These Days” for Nico, and both songs were represented across “For Everyman”’s 10-track length.

Calum introduced the album and spoke about his love for it though he tried to avoid being too specific about his feelings for it before everyone heard it. He talked about hearing it during a difficult time in his life and finding the poetry and songwriting really spoke to him and got him through those times. With that in mind, we sat back and let the album play.

Over the forty or so minutes we experienced a mixture of classic rock, country/americana, folk and even glam rock (with a guest appearance from Elton John). The album flowed well with several songs segueing seamlessly into one another (or as seamlessly as iTunes could handle this…). Calum remarked afterwards that the record is definitely an “album” rather than a set of songs (as in, it should be listened to all in one go) – perfect for Off The Record.

Reactions from the group were positive: lots of people commented on the musical quality (including David who specifically singled out the good stereo mixing) and others pointing out the guitar work – Calum added that the session musicians playing pedal steel and drums were regarded at the time as the best in the industry.

Joe commented that he didn’t think it was a “classic” album but worked well as a set of songs that were all good, which Calum agreed with. Abdul talked about the song “Redneck Friend” which opened the second half of the record, noting that it was quite a stylistic change which he wished there’d been more of.

Asking the group for a summary of their response, words like “nostalgic”, “harmonious”, “reflective” and “sentimental” came up – Calum himself chose “timeless perfection” and gave it a 10 / 10. Overall the group’s average score was 7.3 / 10 – a high!

Afterwards, it was over to the room to nominate songs that fit our “Uncovered” theme. Here’s the music that got shared:

Some of these songs were nominated from googled lists of “Songs you didn’t know were covers” so we all heard them together for the first time – roulette! Although towards the end quite a few were played by sample genius Rob Lindsay who has definitely heard them before.

After this, it was the end of the night – thanks to everyone for coming out and especially to Calum for hosting a second time!

See above to see who nominated each song which matched our theme, "Uncovered".