The Duckworth Lewis Method – Self Titled (2009) 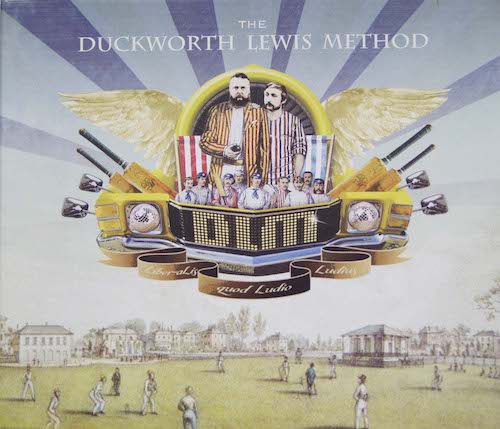 Music from a band/artist that was out-of-character, unexpected, conceptual or otherwise different from what you'd come to expect from them. 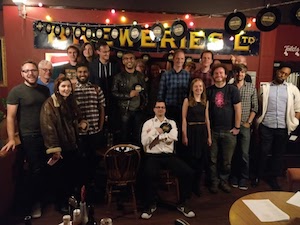 For August’s meetup we were hosted by Joe Grassby, a middle manager in the civil service who listens to alternative rock, smelly prog and atonal noise jams, and has been accused of being allergic to melody. Joe chose the album and theme for the following reasons:

“When I heard the concept band The Duckworth Lewis Method were releasing a record of ‘cricket pop’ I was intrigued as a cricket nerd but a little wary of a record of chamber pop from members of The Divine Comedy and Pugwash. My expectations were confounded and I loved the record. But did I love it for being about cricket or was I genuinely just happy to hear a little pop? And if the thought of cricket makes you want to start a rain dance, can you be convinced by a record where every song contains a multitude of lyrical references to “the gentleman’s game”? What records have you heard and loved that were not what you expected?”

The Duckworth Lewis Method is something of a supergroup, featuring members of The Divine Comedy and Irish pop band Pugwash. Their music is a mixture of pop rock, classic rock (think Beatles, Kinks, etc), glam, jazz and baroque pop. Oh, and it’s a concept album about cricket. Bet that’s not what you expected.

Joe introduced the album with an explanation of some of the cricketing context, giving us a few hints about terminology and the background for the album. It turned out we had a couple of cricket fans in attendance, plus a fan or two of the Divine Comedy who hadn’t listened to this record. Joe’s question about whether or not the album would translate to fans of only one half of the concept (eg. the musicians or the topic) was open for debate…

The album started strongly with a mixture of genres, some songs feeling like pastiches/tributes to well-known artists. Musically it was baroque in parts, straightforward pop/rock in others, and ballad-like in places too. It didn’t stand still for long and shifted around musically, though remainined true to its cricket theme throughout.

After we listened, Joe clarified some more of the references and rules and discussion was briefly diverted onto some of the finer points of the cricket rulebook, which was quickly nipped in the bud. Opinions ranged from big fans to—let’s be charitable—less-convinced listeners, but pretty much everyone agreed there was something of interest for them somewhere in the mix.

The album averaged a 6.5 / 10 score from the room, not the highest, it’s true, but still an all-round decent album. Whether Joe converted a roomful of cricket sceptics is a matter for debate, but everyone at least came away with a partial awareness of the history of cricket, and perhaps a mild dislike for Shane Warne.

Then it was over to the room to nominate songs that fit our “That’s Not What I Expected” theme. Here’s the music that got shared:

* These songs aren’t on Spotify!

After this, it was the end of the night – we also had another high turnout with 24 attendees – thanks again to Joe for hosting.

See above to see who nominated each song which matched our theme, "That's Not What I Expected".