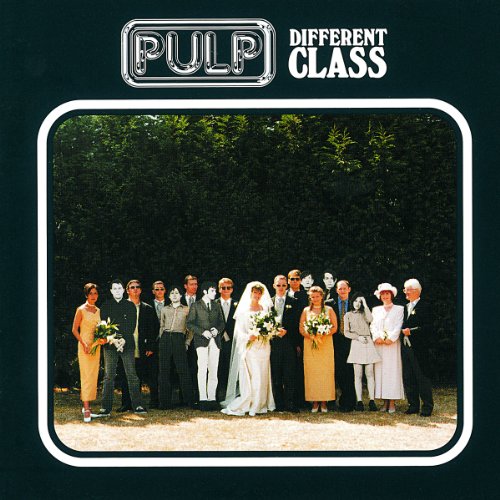 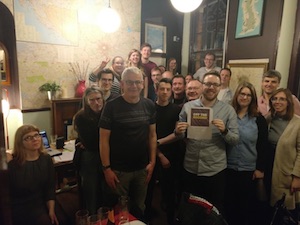 This month we were hosted by Rebecca Cowley of Working Clasp jewellery fame. Bec suggested our theme of “Inherited Taste because because “initially the anthemic and catchy tunes were ingrained in my mind through being played at numerous family parties and weekends, but as an adult I’ve gained a greater appreciation for the lyrical content and wider socio-political context.”

The popularity of the album (over a million copies sold) was reflected in the turnout – this was the most popular Off The Record event yet with 23 people crammed into the (15 capacity) room at our venue. The kindly staff have upgraded us to a larger room for next time in recognition of how our little music meetup has grown.

Almost everyone had heard at least some of the album before, most obviously “Common People” and “Disco 2000”. Less than a quarter had heard the whole thing in its entirety, though, so we sat back to listen to almost an hour’s worth of Britpop’s finest.

Reaction was interesting: almost everything people had to say about “Different Class” was positive. Lots of discussion was had about Jarvis Cocker’s wordplay and witticisms, the nature of some of the edgier songs, and his northern/working class background which was blended with the slightly more affluent, art-school era lyrics.

A few people suggested it was possibly slightly too long, but generally opinion was that it was a great record, with at least one person giving it a 10/10. Overall the group averaged a 7.6 / 10, with words chosen to sum up the album including “sleazy”. Finally, it was over to the group to share songs matching the theme:

A record turnout (again!) and some new people – and the promise of a bigger venue next month. Exciting times for OTR.

See above to see who nominated each song which matched our theme, "Inherited Taste".