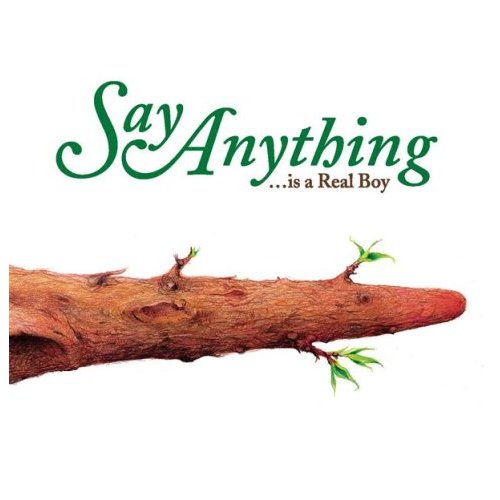 Local pop-punk aficionado Joe Bell hosted this edition of OTR and we listened to the longest album so far – quite an achievement. Most of us hadn’t heard Say Anything before and reactions were mixed. Their second album, it was originally intended to be a rock opera, but frontman/main songwriter Max Bemis suffered a mental breakdown during recording and part of the concept was scrapped. It’s considered a masterpiece of the pop/punk/emo/indie genre today and is 57:55 long – pushing the boundaries for the genre.

The album was complex and had a lot going on lyrically and musically, with song subjects ranging from the Holocaust, criticism of the punk scene and weird love ballads. Most of the attendees rated it around a 5/10 but everyone seemed to find something to enjoy within the record. Whether it converted anyone to a fan of the band (or genre) remains to be seen but Joe’s personal connection with the album (he was a similar age when it was recorded by a 19 year old Bemis) sent the group off reminiscing about being that age.

Songs suggested by the group to match the theme “Suffering For Art” included Snoop Dogg’s “Gin & Juice” (apparently Dr. Dre insisted Snoop re-record the vocal dozens of times until it was “perfect”); the drug-induced beauty/horror of John Frusciante’s solo work; a live performance of a Nina Simone song; a recent Sufjan Stevens song about the death of his mother and a couple more hits from the emo/pop-punk world inhabited by Say Anything.