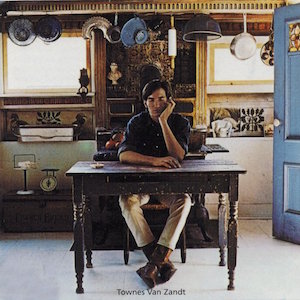 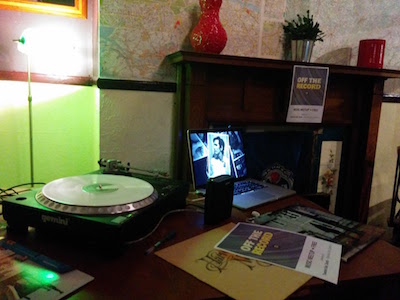 A relaunch! That’s right, Off The Record has moved to Birmingham and this was our first event in our new home – hence “Re-runs” as a theme. Townes Van Zandt’s self-titled third record, released in 1969 qualified as a re-run because he re-recorded four songs from his 1968 debut which he felt were too overproduced on the original recordings.

Most of the group were new to Townes’ music which was quite a nice opportunuity to introduce them to his mournful poetry. A standout moment was the utter bleakness of “Waitin’ Around To Die” (with one attendee even asking to hear it again at the end, clearly not satisfied with just the one rendition of the lyrics about robbery, drug addiction, cheating and alcoholism). For myself the highlight was the beautiful tearjerker “None But The Rain” (play this one at my funeral, friends).

Despite the melancholy of Townes’ music we didn’t all descend into a pit of despair, and the group shared some good songs afterwards – Lyle shared Torre Florim’s interpretation of the Prodigy’s “Firestarter”, Chris played us John Mayer’s version of Tom Petty’s “Free Fallin’”, and Connie and Hannah shared Placebo’s cover of the Kate Bush classic “Running Up That Hill”. Some good choices and a good event for our relocation to the Midlands.